RECAP: Smoke Eaters Win 2-1 In The Shootout On Sunday Afternoon

While the Centennials may have won the final meeting between these two teams last season, the Smoke Eaters replicated one of their six wins against the Cents from last year on Thursday night. They were dominant from the first puck drop of the night, out shooting the Cents 17-6 in the first period. While they […]

It wasn’t conventional, but the Smoke Eaters get the job done as they take a game 5 of the Kootenay Cup 6-5 in overtime. Skipping past a scoreless first period it was the Bucks who opened the scoring just 10 seconds into the second as Michael Hagen beat Terness over the shoulder. The Bucks doubled […]

The Trail Smoke Eaters made their first road trip to the East Kootenay’s on Friday night looking to play spoiler in the Cranbrook Bucks home opener. As the Bucks stepped onto the ice at Western Financial Place for the first time in franchise history it was with one goal in mind, win our home opener […]

The Smoke Show – Episode 10 with Nic Roussel and Brad Lazarowich

With a weekend off from games we take this opportunity to dive into who are the Smoke Eaters this year. This week Ben Phillips sits down with Nicolas Roussel to talk about his unique journey in becoming a Trail Smoke Eater. We finish off this week’s show with a interview from the director of officiating for the BCHL, Brad Lazarowich to talk his NHL career, the way the game has changed and implementing new Covid19 rules in the BCHL.

The Smoke Show podcast is available for free on iTunes, Spotify, Google Podcasts and many more! 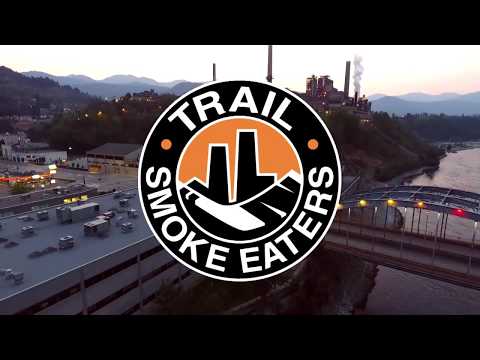